Hiya! It’s Jamie and today I’m excited to share the chalk globe I decorated! I’m so loving the globes American Crafts has been making in collaboration with 1canoe2. I bought them all! And I’ve had so much fun placing them around my home. They’re printed ones are pretty just as they are, in my opinion. Which is why I love that the chalk globe is a blank canvas, just ready to be decorated. You can choose whatever theme you want. There’s so many different directions you can take with a globe. But I stuck with a tried and true travel theme. I used a sheet of paper from Shimelle’s Little by Little collection and an older Amy Tangerine airplane punch to create the airplanes. It took me awhile to figure out how I wanted to place them, but I ended up with two lines of planes circling the globe. 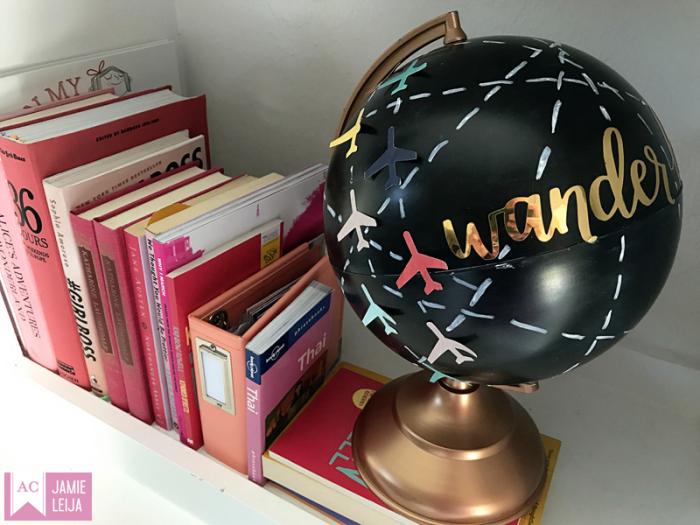 To add more interest to the globe itself, I used the white chalk marker to add dotted lines crisscrossing the surface. I think they look a bit like flight patterns. I love how the white contrasts with the dark globe surface. It’s not exactly black. It’s a tiny bit gray and there’s definitely a kind of chalkboard feel to it. 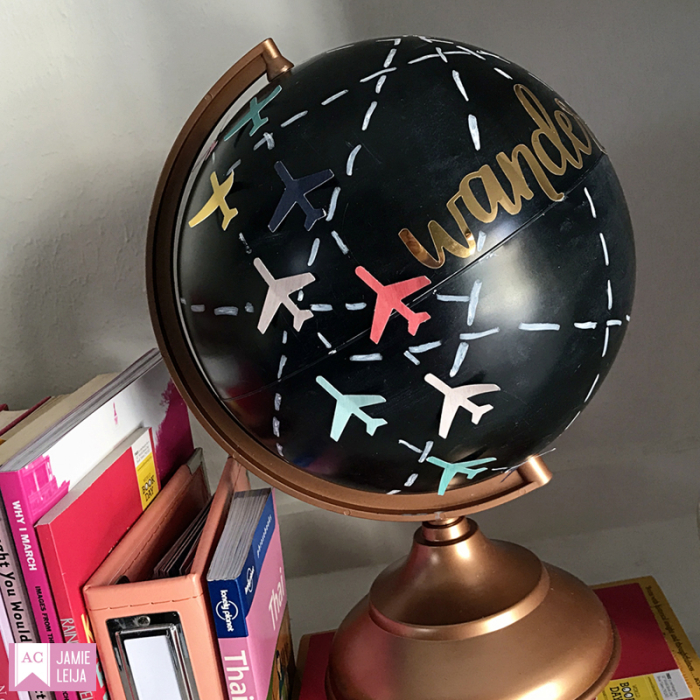 On tip I have for using the chalk marker on the globe, is to assemble the globe first. It’s easier to draw on this way. You’re also better aware of what will be visible and what won’t. And if you make a mistake it’s so easy to wipe it off and start again! I think I re-did the background three times. The first idea I had didn’t pan out very well. So happy I wasn’t stuck with it! 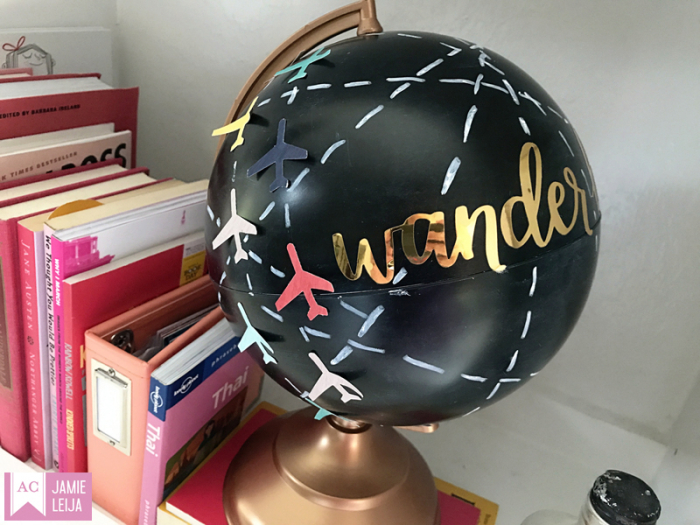 The last bit I added was the gold foil “wanderlust” across the middle. Love adding another touch of metallic since the base is that great rose gold hue.