Let’s get messy with some fun mixed media from the Vicki Boutin line. Adding texture and punches of color is a great way to experiment in your scrapbooks and craft projects. We’ll be using some mixed media crayons, modeling paste and a bit of glaze to create an artistic project that’s loads of fun! 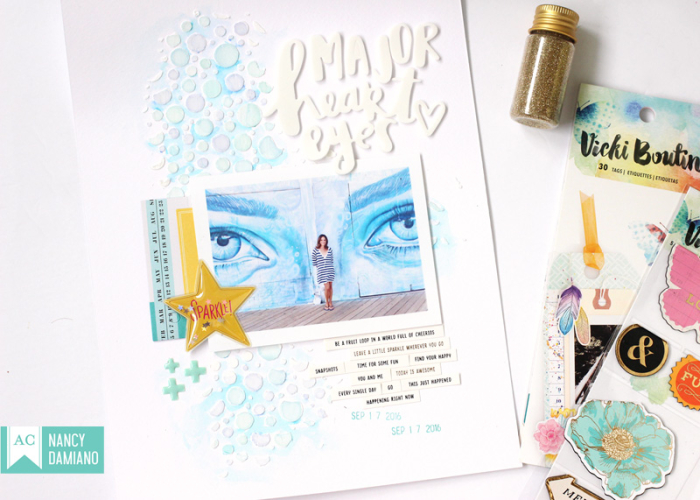 Mixed media doesn’t have to be complicated or time consuming craft project – it should be easy, fun and a bit messy! I started with a simple stencil technique and some modeling paste to create this super fun textured background. A wash of color was added with the Vicki Boutin crayons to really make that circle pattern pop. 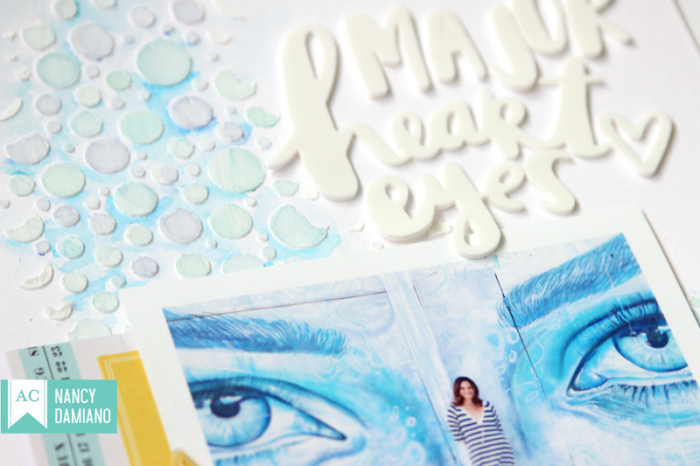 Notice how the texture from the stencil compliments the Thicker title. You almost can’t tell which is mixed media and which is faux. They look like they were created the same way. Layering the title just over the edge of the circle pattern ties the design together. 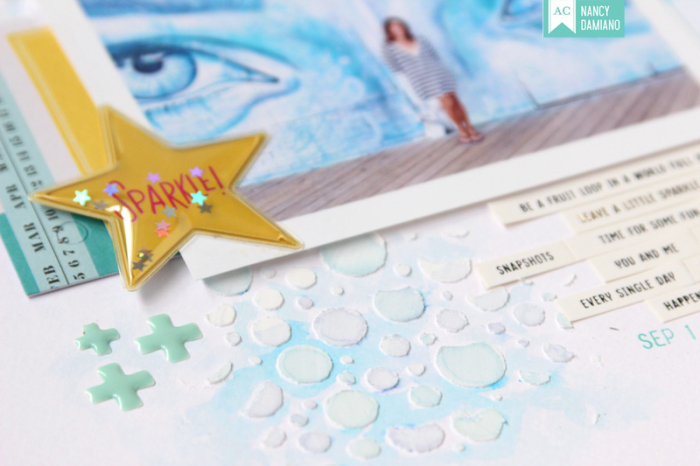 The photo is given a bit of pop with layers of die cuts from the Vicki Boutin Mixed Media collection. A simple bubble star from Shimelle adds a splash of yellow color and really makes that photo shine. 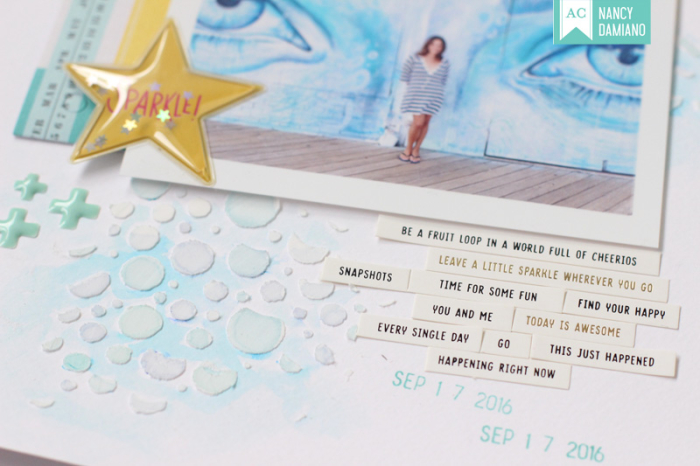 To add bits of words, use the mixed media strip stickers from Vicki Boutin. These add a sentiment and some meaning to the artful page. By stacking them together it creates a nice solid block that balances out the design.

The next time you think art – grab the Vicki Boutin collection for a bit of mixed media fun. It’s a lot easier than it looks and it’s fun!